They were stolen ideas.

How many really great ideas have you had? I’m talking about truly compelling and unique product or business ideas that solve problems. I’ve thought of a bunch just this year. These were brilliant and inspired million-dollar, light-bulb moments.

They also turned out to be wholly unoriginal, and most were tried-and-failed or complete non-starters. Stolen ideas happen. But what most of us don’t want to admit is that we are often the unwitting idea thief.

Stealing Business Ideas (You Are the Thief)

So, you’ve thought of a ground-breaking idea that addresses an old pain point or puts a new spin on an existing problem. Well, you probably haven’t (thought of it first, I mean). New and untested ideas are never new and rarely untried.

So, the energy spent protecting your ideas as if they were secret treasure should instead be spent launching and executing on them. The fact is, no one is going to steal your idea because it isn’t new.

And your big idea is not your personal property in the first place. This may be hard to accept at first but after hearing the voice in your head say “my idea has already been done” dozens or hundreds of times it will eventually sink in.

What happens when you realize your idea isn’t original? For one thing you can embrace the fact that you are an idea thief (as are we all). You know you did it…you pilfered and stole a brilliant, insightful idea that belonged to someone else (somewhere, at some point in the past). But it’s unavoidable. As Seth Godin said, “the internet is a copying machine.”

If you are waiting for a breakthrough you will wait long and if you think you already had one, you are probably mistaken.

The takeaway, of course, is that while truly original ideas happen you should never count on them happening to you. If you are waiting for a breakthrough you will wait long and if you think you already had one, you are probably mistaken. 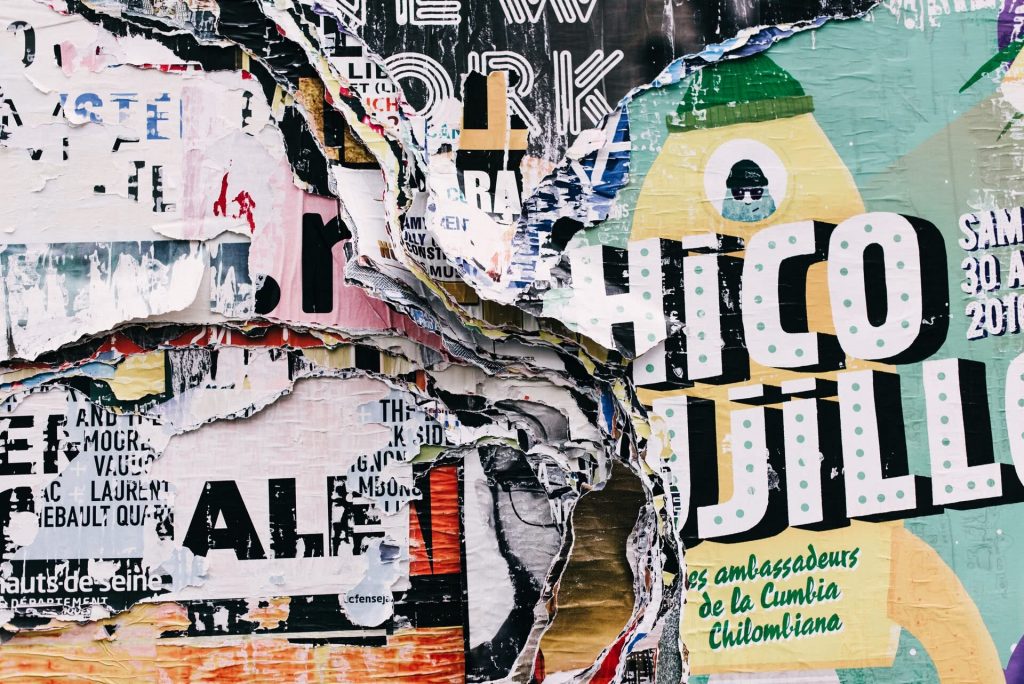 There is, as the old adage goes, nothing new under the sun. And this is the basis for the notion that nobody can steal an idea. Debate it if you wish, get an NDA when you can (see below for more on this), but don’t waste time and energy being stealthy.

Instead, start talking about it and sharing with people that know more than you do. And if the idea is really worth anything, once you start taking action you will (hopefully) have bigger challenges to deal with than “idea theft.”

Sharing startup ideas with people in your network and among professionals in your niche will almost always yield more positive results than not. Once we took an idea and went deeper on the respective product space or vertical — once we started discussing and brainstorming with others — we realized that most of these were not new ideas. In some cases, there were numerous would-be competitors already live. 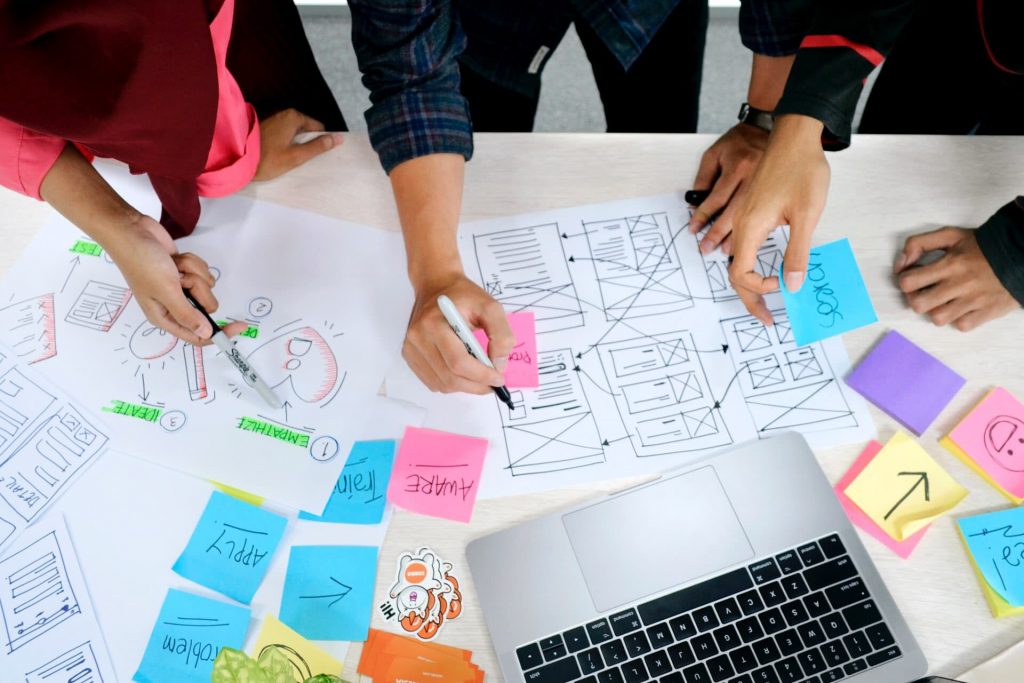 This, of course, is not always a bad thing and some investors would say it’s a prerequisite. That others recognize a similar opportunity as you do is a valuable confirmation that there is a commercial opportunity.

Over the last ten or so years, scores of interesting product concepts, business angles and technology hacks have been conceived among the Inductive Labs crew, individually or jointly. The vast majority of those, while clever at first blush, were non-starters for various reasons.

Some had limited potential demand, prohibitive startup costs, or were just off-the-ranch crazy. A few, perhaps a dozen or so, were truly compelling and exciting ideas. These were applications of existing technologies but in fresh, meaningful ways. Or novel ideas that struck us as a significantly new product or service variant.

As already noted, truly novel ideas are rare. But, if you are the copycat or fast follower (or ‘idea thief’), then the sooner you realize it the better.

However, despite our initial confidence and excitement, with few exceptions these were not original ideas. This doesn’t mean they were bound to fail, of course. As already noted, truly novel ideas are rare. But, if you are the copycat or fast follower (or ‘idea thief’), then the sooner you realize it the better. 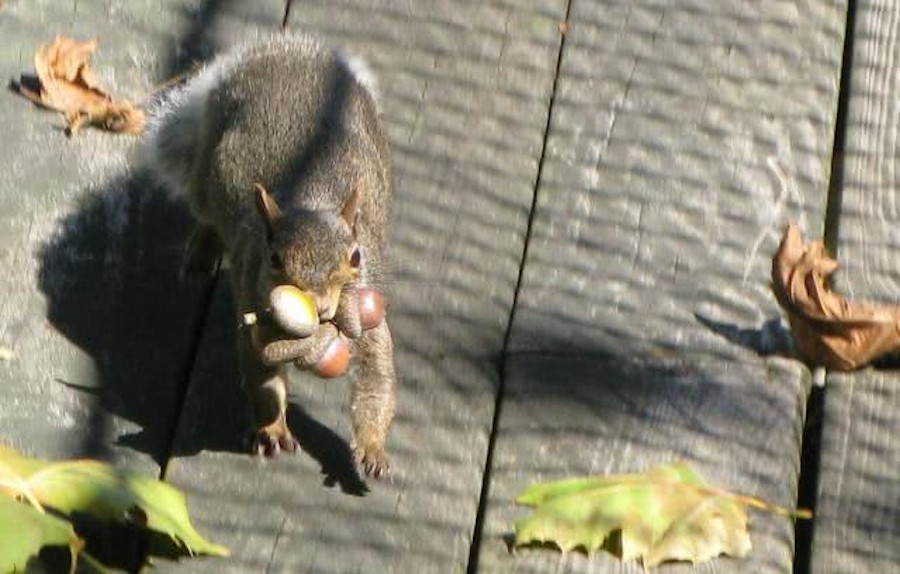 How to Protect Your Startup Idea

If you are wondering how to protect your startup idea the simple answer is: don’t. Instead of worrying how to make sure no one steals your idea, seek out others that can help validate or execute on them. Work with your partner or your team, and reach out to people with skills or experience aligned with the idea in question.

One measure of security this provides is that you are going ‘on the record’ with your concept. By discussing your plan and socializing it with industry players or investors you are attaching yourself to your business plan or idea.

The ultimate benefit of sharing business ideas is that you will learn what is right and wrong about your business model, plan or product. The moment you start bouncing ideas off people that are experienced and informed about your industry, you will start gaining critical insights.

Once your grand idea has gotten the full cavity search – exhaustive, informed analysis – then you can get about actually building the thing. And this is truly the best way to protect your precious idea.

You may have done your own research but nobody has all the answers. Your collaborators and advisers are essential to success. Instead of spending effort worrying about how to secure your business idea, talk to people that know more than you, and others in related industries that will give you honest feedback.

You may worry that they could be potential competitors, but years of wasted time and money (or no action, which is worse) carries a far greater cost. The engineers and product developers that worked at the infamous Xerox PARC understood that risk of inaction.

They tried in vain to convince their corporate masters of the potential of these bold, innovative ideas. Ultimately, sharing (or letting Apple and Microsoft “steal” them, as some would say) was the best way to bring these innovations to life.

But once your grand idea has gotten the full cavity search – exhaustive, informed analysis – then you can get about actually building the thing. And this is truly the best way to protect your precious idea. Focus on execution. Good ideas are important but great execution is critical.

What To Do When Someone Copies Your Business

None of this is to say you should throw caution to the wind and make no effort to protect your ideas. Fear of someone stealing your idea is natural and there are some basic steps you can take.

However, these typically involve fully formed and broadly distributed (and recognized) products, services, business processes, patents, books or works of art, and the like. An idea is not included in that list. An idea, in its raw form, cannot be legally protected.

If you are well-established in your niche and generally dominate your main keywords, these leeches of the internet will generally not outrank you.

For content-based online businesses copied content and entire replication of websites is a shocking and all too common phenomenon. If you are well-established in your niche and generally dominate your main keywords, these leeches of the internet will generally not outrank you. 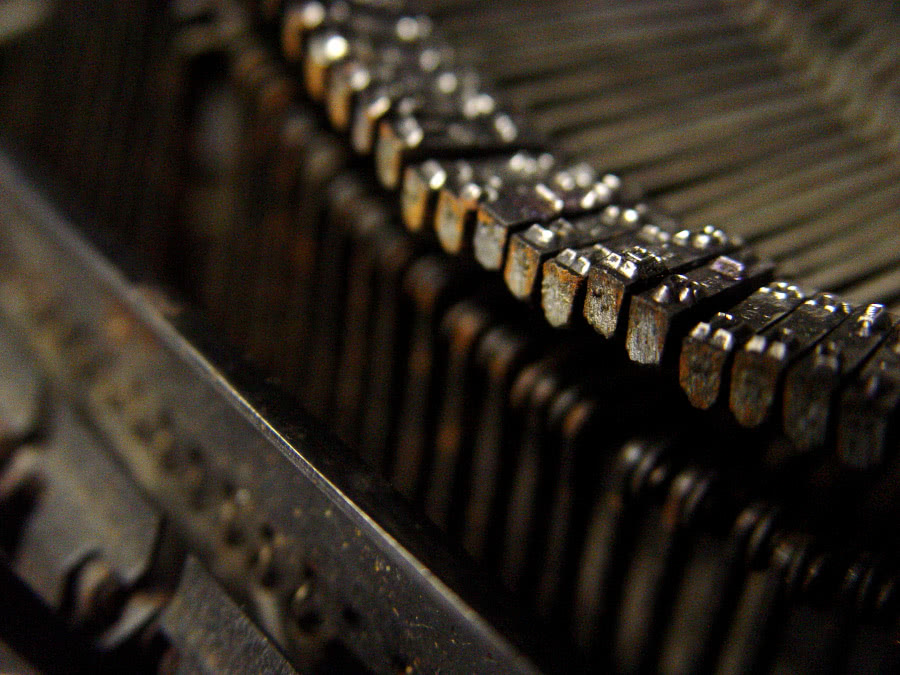 Regardless, the DMCA take-down process is widely supported by hosting providers and content distribution networks (CDNs). By following a few simple steps, such parasites can be exterminated without much difficulty.

Digital products such as courses and books are also routinely copied and resold. It is difficult to stop but there are specialized companies that monitor the darker corners of the web and can get pirated content removed, under threat of legal action.

Can investors steal your idea? This is possible, of course. But it is usually possible to convey the overall product and business concept, and related market research, team background, etc without sharing the secret sauce. When considering how you will pitch your idea (assuming it really does have such special sauce) you can do as Wil Schroter suggests and “share the meal, not the recipe.”

Once the investor has shown positive interest and has also earned your trust, revealing these additional details can help build interest and excitement.

Holding back certain key details (or at least keeping them out of the deck) helps limit information leakage. It also creates an opportunity for follow up discussions. Once the investor has shown positive interest and has also earned your trust, revealing these additional details can help build interest and excitement. 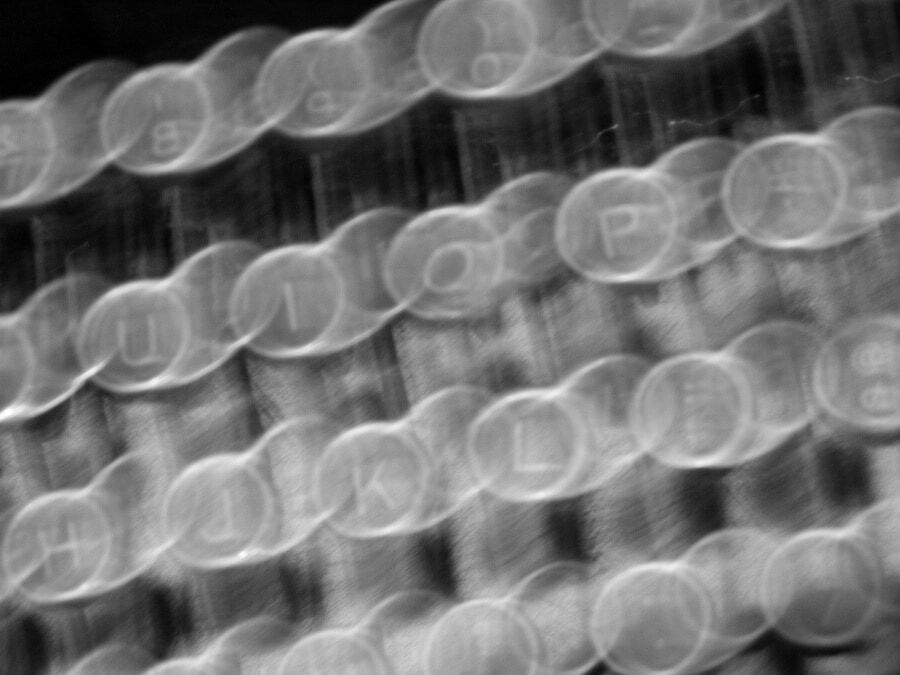 In his post, The Truth About Idea Stealing, Dave Schools provides a good round up of idea theft sob stories and some practical steps that can help you protect your precious thought babies. It also summarizes well a range of views among creative types as well as the investor community’s take on NDAs (spoiler: just don’t do it).

Despite your efforts you may find that someone actually has copied your business or product idea outright. Knowingly copying another business is lazy and unethical, but sometimes people do it. If you are both in the early stages (relatively speaking) then there may be time and the opportunity to catch up and beat out your competitors.

They could be pursuing your core plan and even pitching your idea verbatim. But they did not do the research or make the connections that you did (because you shared and sought out the opinions of others). So, you do have advantages, even if it doesn’t always feel that way.

…great execution on an average idea will usually beat out clever ideas alone. And your time and energy are the most precious capital you have.

And, again, execution is (nearly) everything. So moving and iterating faster will often make all the difference. But if they manage to execute faster and actually hit the mark then the best option may be to just move on to the next idea. 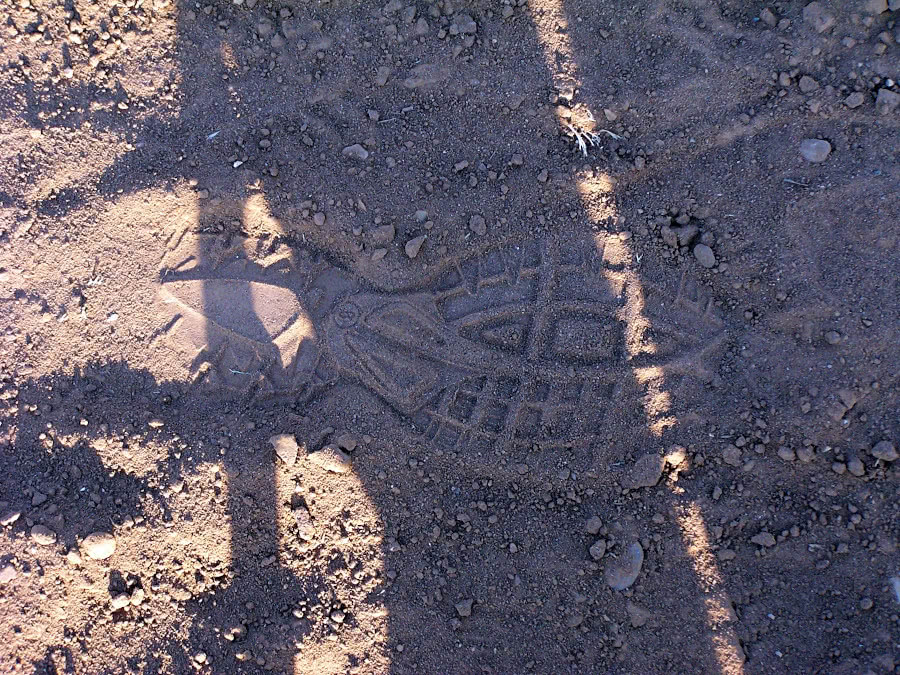 Remember, there’s nothing new under the sun. Whenever you worry about someone stealing your ideas, consider how many times you ‘stole’ a business idea from someone else. Actual theft of your idea is a great problem to have but it probably won’t happen to you, so stop worrying about it. But if your idea is actually worth stealing, it may be reconfirmation that it’s worth executing on. If so, then get to work.

Focus on finding people with pertinent knowledge and experience that can help validate, flesh out and execute on your business idea. At the earliest stages you need their critical analysis and brutal honesty because, once you start seeking funding from investors and marketing to customers, they aren’t just going to poke around your pitch deck they are also going to give you the full cavity search.