It was early 2010 and the world was just starting to mop up from the last financial disaster. At that time there was a great deal of focus on the banking industry and the instruments and ‘financial engineering’ that led to the global financial crisis.

The capital markets broadly and the over-the-counter (OTC) market in particular played a central role. And attention turned to the associated systemic flaws and inefficiencies, and how best to address them. It was against this backdrop that eDeriv was conceived, to tackle some major bottlenecks in a somewhat obscure corner of the ETF market.

The startup scene in New York City circa 2010 was setting up for a major explosion. New York had always played a role in the marketing tech (martech) space. But the fintech renaissance was just getting its start. Meanwhile, Google and Facebook were both dramatically expanding their campuses, and NYC was fast becoming a startup and angel/VC hotbed.

These days the major startup hubs have settled into a healthy competition for funding and deal totals but back then, when NYC overtook Boston, it signaled a major shift (and those of us on the ground knew it). Call it New York City’s startup summer of love. In this climate, funding a new and novel solution to a very real (and cost-intensive) problem should have been easy.

Some things are easy, but those things are rarely of value or importance. The very important process of raising funding for a consortium-backed electronic trading platform was definitely not easy, no matter how simple and obvious the need was.

eDeriv Technologies envisioned a shift to a fully electronic marketplace for OTC equity derivatives. The target user was the institutional traders behind those exchange traded fund (ETF) products we all love so much. Specifically, it sought to give these traders the ability to electronically source dealer-to-dealer liquidity with more efficient price-discovery, and provided a streamlined trade processing workflow.

Yes, that might seem like a somewhat niche target demographic, but it was an area of the banking and capital markets space that was stuck in the dark ages and desperately in need of innovation. There were some serious technology limitations (we are talking about fax machines) and a lot of financial exposure. So, it’s hard to argue the need for new tools.

But people love to argue. And in the banking space (as with VCs also) it’s often viewed as safer to doubt and defer than to commit or take the lead.

Whether you are in the tech space or financial industry (or whatever other area) you tend to think mostly about what you know and see every day. We can all think of ways that our own job or life is impacted by innovation. But it seems that every industry and aspect of life is undergoing change, whether due to technology or just through evolving standards, practices and processes.

Those who know me know how much I love the book and movie Moneyball. There are so many excellent and actionable nuggets in this story. But this is the one I often come back to whenever I think about our experience with eDeriv….

The Oakland Athletics baseball team had just been defeated in the play-offs after an incredible season of extreme ups and downs. Getting to the playoffs was itself an achievement given the budget constraints they faced (the A’s are consistently at the lower end of MLB payrolls). But the astounding results achieved by their manager, Billy Beane (played by Brad Pitt), came from completely overhauling how the team would be built out and played.

He innovated on the standard practices and ‘immutable truths’ of a century-old industry.

He took a radically different (math and statistics-driven) approach as compared to the traditional old-school methods. He innovated on the standard practices and ‘immutable truths’ of a century-old industry.

First Guy Through the Wall Always Gets Bloody

On the heels of the loss, Boston Red Sox owner John Henry (who himself came from a finance background and owned a quant-driven asset management firm) offered Billy Beane a job. He obviously saw the incredible and ground-breaking success in what Beane, at that time, viewed as failure.

Here is the full scene if you are interested: https://youtu.be/Jjf1O4jMqeM

The conversation apparently happened following the 2002 season and John Henry clearly recognized the power of these ideas. He didn’t need to take the risk (financial or reputational) of being first as he had seen the success of the Oakland A’s ‘beta launch’.

He saw the potential and immediately adopted a more quantitative approach to player management. Two years later the Red Sox won the World Series, for the first time in 86 years (breaking the so-called curse of the bambino).

Their relative comfort kept them from innovating. In contrast, Billy Beane and the A’s were starved for resources. They innovated out of necessity.

Of course, John Henry and the Red Sox always had the luxury of always doing things the old way. Their relative comfort kept them from innovating. In contrast, Billy Beane and the A’s were starved for resources. They innovated out of necessity.

Radical change usually means getting out of the comfort zone. Doing ‘different’ is not in our programming. But when we are pushed and are willing to take the risk, great things can happen.

The First Are Few

One might think that first-movers actually have a lower success rate. I’m not sure how we could confirm that statistically but I doubt it is true. The fact is that in any given array there can only be one first.

So, the fast-follow scaredy cats out there might think that waiting for those less original coattail riders is a safer investment, versus betting on the bold thinkers at the front of the pack. But there are just more copiers than originators in the world. So, naturally there will be more successful (or at least viable) businesses that come second, third, etc.

And this is ultimately the biggest challenge that eDeriv faced as it tried to gather commitments and funding from a consortium of industry players and the VC community. Being first requires staring down entrenched incumbents and convincing early adopters. But, before that, it requires overcoming the doubt and dismissal of your would-be investors and partners.

eDeriv was attempting a first. We aimed to build an OTC derivatives marketplace that fundamentally changed the way these dealer participants interacted. There were significant regulatory changes afoot that were a catalyst for change, and would compel adoption.

Also, as the world recovered from the financial crisis there was an ongoing drive to reduce costs and exposure to risk (another plus for eDeriv). And trading desk heads got the vision; they understood our new solutions to their old problems.

But the traders are usually not the decision-makers. And, because we were first, we were pointing into the unknown and promising a better way. So, reaching understanding and agreement about an idea proved easier than getting them to join us and making the leap into that unknown.

We got pretty far down the path, with an eight-member consortium tentatively committed and two of the biggest dealer banks co-leading term sheet negotiations. But people tend to resist change and herding corporate client-investors takes time; in the end it took more time than available runway.

To this day these inefficiencies persist so this is a lost opportunity that continues to nag at us. We certainly had our share of should-ofs and minor missteps. But, ultimately, what scuttled eDeriv was fear of the unknkown. 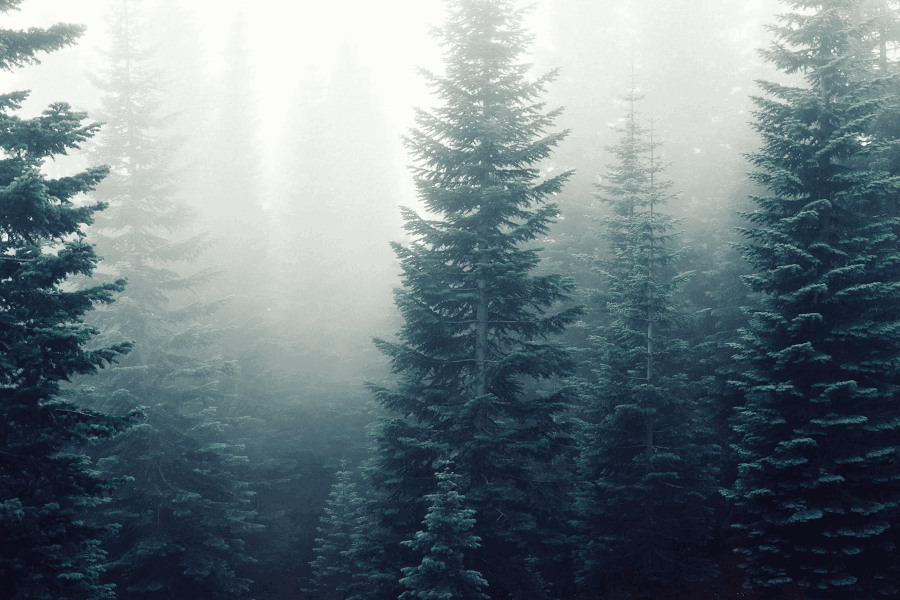 Daring to innovate in regulatory green fields made risk and compliance officers nervous. Challenging the incumbents (read: industry buddies) that would be dis-intermediated made traders uncomfortable. Basically, it was fear of being first.

Being First Isn’t Easy But Someone’s Gotta Do It

Sometimes hard constraints (time, money, etc) force us to seek alternatives and innovation. Need can be a powerful motivator.

The current conditions in the world are driving this sort of innovation in healthcare and related areas. Such changes and advancements are borne out of desperation, and involve matters of life and death.

Yet other firsts arise not from obvious needs but through years of reflection and pondering. Some groundbreaking ideas form very slowly, growing in importance over time. Regardless, there will always be naysayers.

Of course, Billy Beane didn’t let the doubts and derision of the baseball community cloud his vision or dissuade him from validating and iterating on the idea. eDeriv was also proposing something fairly radical. 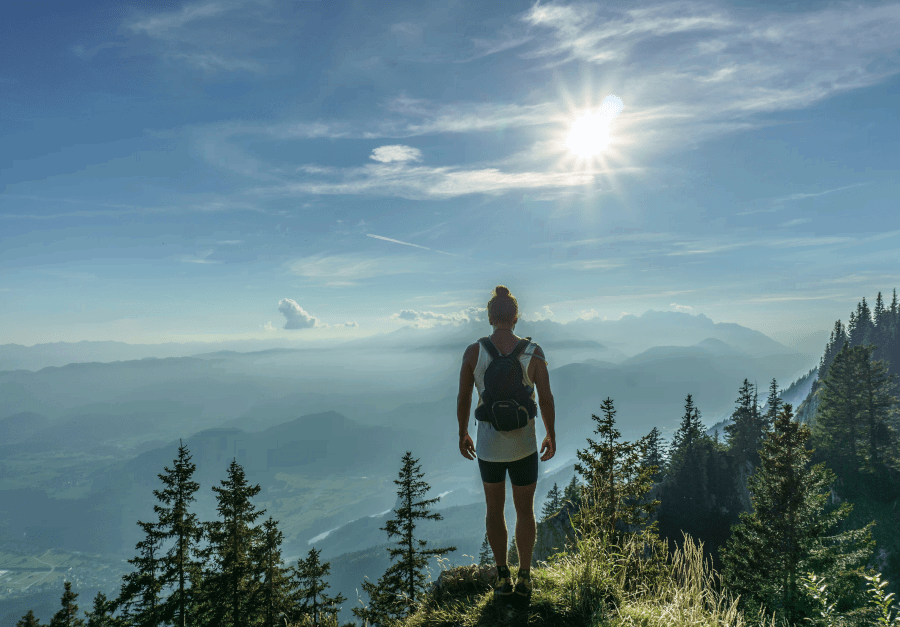 We were looking to move an OTC market that uses phones and faxes onto a platform that allows for electronic quoting and trading, and automated confirmation and post-trade processing. There was no doubt about the problem; only a question of whether we could outlast the feet-draggers. And we worked the order until our fingers bled (well, until our bank accounts bled).

This is what we must do when leading the charge. Some firsts involve applying new technology or business models to an industry in need of change, or building a fundamentally new product or process. Some firsts happen among those with a message, inspiring new ideas or carrying a vision of change. All firsts require commitment and fortitude, and come with risks.

Being first is not easy, but someone’s gotta do it. Literally. So, why not you? Go for it. And I’ll thank you for your innovation when I get there.